Setting the Scene: Staging and Backdrops in Studio Photographs 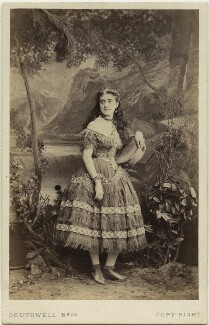 To be photographed in the nineteenth-century usually meant visiting one of many competing commercial portrait studios. Since photographing outdoors was not practical for much of the period, photographers routinely equipped their studios with props, furniture, and backdrops to make their pictures look more natural and appealing. In doing so, they often recalled the conventions of traditional painted portraiture, contributing to early debates about photography’s status as ‘art’, while foregrounding its ability to represent truth or illusion.

While some photographers posed their sitters against plain backgrounds, seated in a chair or beside a small table, others chose specific items that could tailor compositions to reflect the identity of their sitters. Fashions changed, but many studio set-ups endured, reappearing throughout the nineteenth-century. The examples in this display show the inventiveness and skill demonstrated by some of the Victorian period's most sought-after photographers. 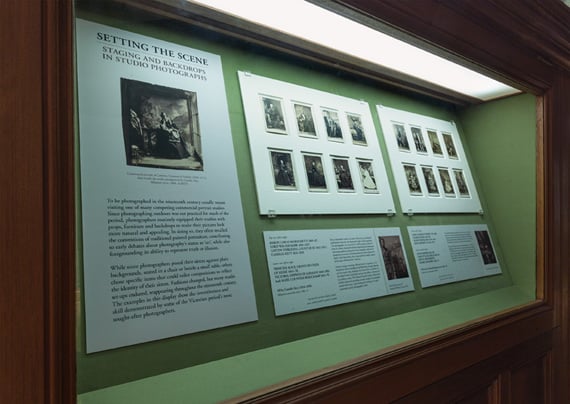