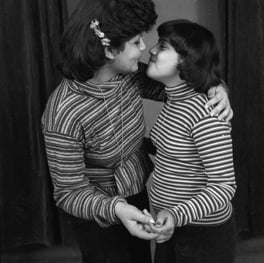 Studio Shehrazade was a popular photographic studio run by Hashem el Madani from the early 1950s in Saida, Lebanon. Residents of the city frequently visited to have their portraits taken in the privacy of Madani’s studio. In 1998 Madani’s archive was discovered by the Arab Image Foundation, an organisation co-founded by the contemporary Lebanese artist Akram Zaatari, with the aim of collecting and researching amateur and commercial photographic practices from the Middle East, North Africa and Arab diaspora.

As part of an ongoing project, Zaatari has begun to recirculate Madani’s photographs. This display will present studio portraits taken by Madani in which two people of the same sex kiss or tenderly embrace. By returning to these historical documents, Zaatari explores the specific cultural and political histories contained within Madani’s portraits.

Supported by
The Ampersand Foundation
Philippe and Zaza Jabre 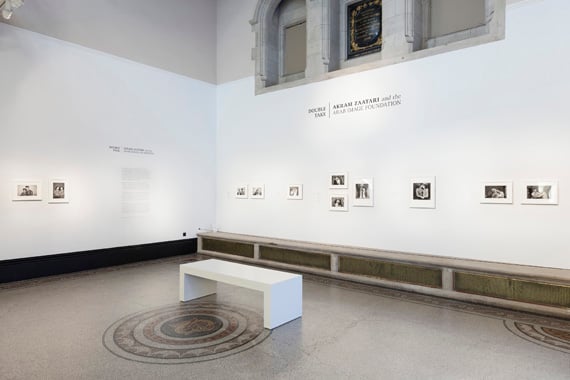