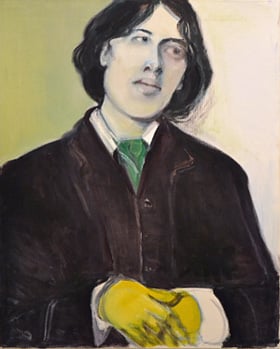 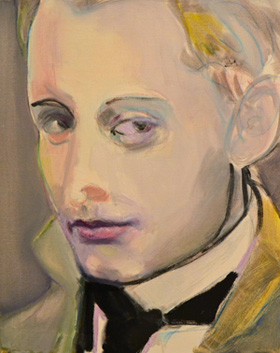 These portraits by contemporary artist Marlene Dumas (b.1953) represent Oscar Wilde (1854–1900) and Lord Alfred Douglas (1870–1945), also known as ‘Bosie’. Wilde is one of the most significant writers, dramatists and poets of the late nineteenth-century. His relationship with Bosie, which took place when male homosexuality was illegal, led to his incarceration in Reading Prison between 1895 and 1897. Wilde’s final works, ‘De Profundis’ (1897, published 1905) and ‘The Ballad of Reading Gaol’ (1898) emerged from the profoundly affecting experience of his imprisonment.

These portraits are based on nineteenth-century photographs and were originally exhibited as part of Inside: Artists and Writers in Reading Prison, 2016, an installation developed by Artangel that responded to Wilde’s time in Reading. The portraits are exhibited here to coincide with the 50th anniversary of the partial decriminalisation of male homosexuality and are resonant of the conflict that existed between public and private identities in the Victorian era. Dumas's work explores constructions of identity, often probing questions of gender, race and sexuality.

I have been a fan of Oscar Wilde ever since I can remember. As a writer of great wit, his combination of intelligence and humour is unique. He was imprisoned at Reading for two years for loving the beautiful, untrustworthy 'golden boy' Bosie. I have painted Wilde before the entry into the prison that destroyed his life and tried to show him less as a proud author and more as a vulnerable man in relation to the young lover who led to his tragic end. 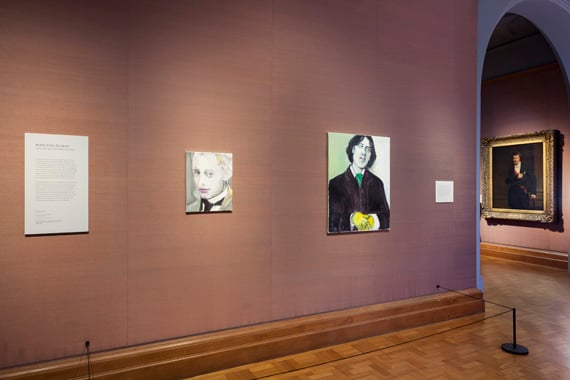 This display is part of I Am Me – a season exploring art, gender and identity at the National Portrait Gallery