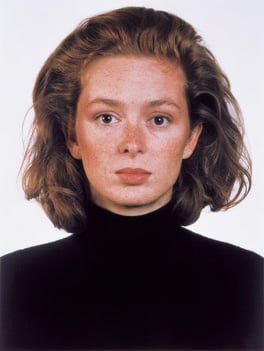 Thomas Ruff (b.1958) began his career in the 1970s as a student at the art school Staatliche Kunstakademie in Düsseldorf, Germany. Known for taking a critical, conceptual approach to photography, Ruff has worked in series since the 1970s, with each body of work making use of different image-making technologies.

To mark the artist’s first major London retrospective at the Whitechapel Gallery, the National Portrait Gallery will display selected works from Ruff’s series of Porträts (Portraits), passport-style portraits of his friends and art-school colleagues, printed on a large scale. In their monumentality, the portraits reveal every surface detail of their subjects. At the same time, the portraits refuse to disclose anything beyond these superficial elements, concealing as much as they reveal.