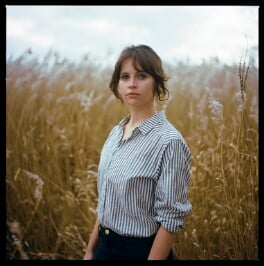 Eminent film historian John Kobal (1940-1991) was an avid collector of era-defining photographic portraits of Hollywood stars. He authored over thirty books on cinema and film photography, curated exhibitions of major Hollywood portrait photographers and in 1990, set up the John Kobal Foundation, to which he donated the photographic negatives and prints he had collected.

The John Kobal Foundation has a long association with the National Portrait Gallery including sponsoring the inaugural Photographic Portrait Prize, from 1993 to 2002, to provide a leading platform for new talent in portrait photography. In 2012, the John Kobal New Work Award was established, to support the creation of a photographic portrait that featured a sitter connected with the UK film industry. The Award represented a significant achievement for emerging photographers, as each commissioned portrait became part of the Gallery’s Collection.

This display unveils portraits commissioned by the John Kobal New Work Award over the last four years. Featuring award-winning actors, a cinematographer and a visual effects director, the portraits recognise the breadth of British contribution to global cinema. Previous winners of the Award include American photographer Matthew Niederhauser who took a portrait of actress Andrea Riseborough and Czech photographer Hana Knizova, who photographed Olivia Colman.