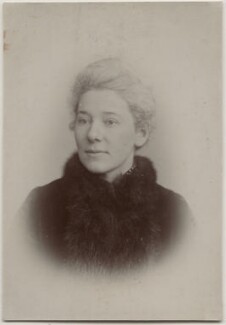 This display represents some Victorian women who were pioneers in the struggle for political representation. It commemorates the passing of the Representation of the People Act on 6 February 1918, which gave thousands of British women the right to vote in general elections; an important stepping stone towards ‘universal suffrage’ for both sexes that was finally achieved a decade later.

Nineteenth-century feminism in Britain originated during the upheaval of the industrial revolution, and with the publication in 1792 of Mary Wollstonecraft’s A Vindication of the Rights of Women. The first petition asking for votes for women was presented to Parliament in 1866.  The movement was galvanised in 1867 when the Reform Act gave the majority of men the right to vote for the first time, but excluded women. Many of the pioneering figures in this display came from families with political connections. Some are siblings: Jane Cobden Unwin and Anne Cobden Sanderson were daughters of the Liberal MP Richard Cobden. The Garrett sisters, Elizabeth, Agnes and Millicent joined the campaign as teenagers; Millicent Garrett Fawcett becoming the leader of the constitutional campaign.

This display is part of the wider programme of events and displays at the National Portrait Gallery to mark this anniversary.

A range of gifts and products inspired by the display, are now available to pre-order and buy from the Gallery shops and online