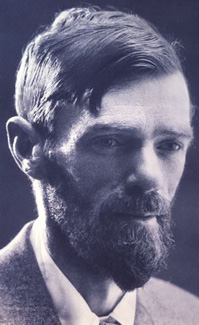 ‘Ask yourselves the question: would you approve of your young sons, young daughters - because girls can read as well as boys, reading this book.  Is it a book that you would have lying around the house?  Is it a book you would wish your wife or servants to read?'

Mervyn Griffiths-Jones, First Senior Counsel to the Crown for the prosecution

It is fifty years since Penguin Books challenged the Obscene Publications Act by publishing the complete and unexpurgated text of Lady Chatterley's Lover by D.H. Lawrence.  The novel explores the relationship between an upper-class married woman and her husband's gamekeeper.  Due to its sexual content and use of expletives, the novel had been banned in Britain since it was completed in 1928.  It was Lawrence's last novel before his death from tuberculosis in 1930, and one he hoped would be accepted as being both ‘beautiful and tender'.

The landmark trial of Penguin books at the Old Bailey lasted five days. The prosecution analysed the book for ‘gratuitous filth' but called no witnesses.  Thirty-five expert witnesses spoke in defence of the novel, including the leading literary figures featured in this display.  Penguin's victory was hailed by some as the beginning of the ‘sexual revolution', and by the end of the year two million copies had been sold.  The event provided inspiration for the poet Philip Larkin;

Sexual intercourse began
In nineteen sixty-three
(Which was rather late for me) -
Between the end of the Chatterley ban
And the Beatles' first LP.