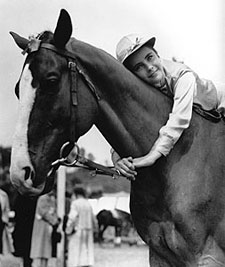 "The problem with people who have no vices is that generally you can be pretty sure they're going to have some pretty annoying virtues..." (Elizabeth Taylor)

A tribute to the life and work of Dame Elizabeth Taylor, one of cinema's most enduring and striking sirens, goes on display at the National Portrait Gallery in May. This photographic exhibition traces Taylor's multi-faceted career and includes rarely seen images placed together with iconic portraits, by many of the most celebrated names in photography. Artists and photographers whose work will be included in the exhibition are Cecil Beaton, Norman Parkinson, Karsh, Andy Warhol and Herb Ritts. In addition the Gallery hopes to include works by Bert Stern, Philippe Halsman, Bruce Weber and Richard Avedon.

Elizabeth Taylor, born in London in 1932, remains one of the most widely loved and enduring Hollywood legends. Her numerous screen appearances include National Velvet, Father of the Bride, Cat on a Hot Tin Roof, Cleopatra and Who's Afraid of Virginia Woolf. Her relationship with Richard Burton, to whom she was twice married, was one of the most romantic (and public) love affairs of the century. The recipient of three Oscars and the French Legion d'Honneur, Taylor has also played an equally unique role as an international spokeswoman and fundraiser for AIDS issues. This exhibition forms part of a series of events organised by the Red Hot Aids Charitable Trust across London.

The exhibition has been selected by Roger Hargreaves of the National Portrait Gallery, a photographic specialist who has created public programmes for many of the Gallery's major photography exhibitions including Annie Leibovitz, Richard Avedon, August Sander and Henri Cartier Bresson.