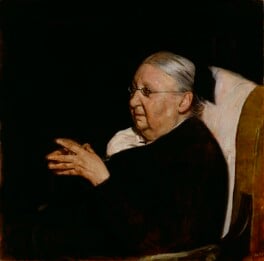 Featuring portraits of Gertrude Jekyll, Vita Sackville-West, and many other lesser known figures, the exhibition examines the lives and careers of many of the most important women in the history of English horticulture, from Bess of Hardwick to Queen Charlotte, from Daisy, Countess of Warwick to Beth Chatto and Miriam Rothschild.

The exhibition discusses women's involvement with gardens in the broader context of social and political history, particularly the laws regarding property ownership by married women. It presents around 50 images, in varying media, and will include interactive displays, such as a recreation of an Elizabethan grass maze for visitors to explore, and a shell grotto allowing the visitor to create their own designs. It was not until 1882 that married women, excepting heiresses, were allowed to own property including gardens. However, even in times when women's lives were socially restricted, gardening and its many associated hobbies provided a haven for female creativity. By the mid-seventeenth century, drawing and painting had become desirable female accomplishments with flowers considered a suitable subject matter. The exhibition includes a flower painting by Elizabeth, Countess Carnarvon, from the Royal Collection, which dates from this time, and intricate paper flower mosaics by Mary Delany (1700-88) on loan from the British Museum. Another important loan is the Flower Book which records the fabulous plant collection of Mary, Duchess of Beaufort, older sister of the Countess of Carnarvon.

Women's roles as patrons and designers of gardens are also explored, focusing on the development of Kew Gardens by Queen Caroline with William Kent, by Princess Augusta with Sir William Chambers (explained through an interactive map of Kew) and by Queen Charlotte. The career of Gertrude Jekyll (1843-1932) is examined through her famous plans for Hestercombe in Somerset (1904-7) and interactive displays exploring her ideas on colour and planting. 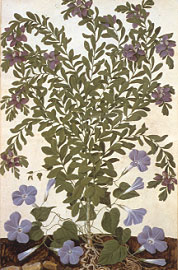 This interactive exhibition celebrates women's achievements in this quintessentially British artform, from collecting plant specimens and studying botany through flower-painting and the creation of grottoes, mazes and knot-gardens, to the wartime gardens of the 1940s and the modernist designs of today.

An illustrated publication accompanies the exhibition. Five Centuries of Women and Gardens by Sue Bennett, Former Head of Education at the National Trust, includes biographies of the most important women in the history of English horticulture as well as illustrations of portraits, garden plans, engravings, watercolours and photographs. Price £15.95 (176pp, 100 illustrations, 75 in colour).