Photographs by Snowdon: A Retrospective 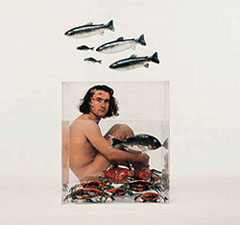 In association with Vogue

As one of the most versatile photographers of his generation, the National Portrait Gallery is staging this retrospective of Snowdon's photographs, his first at a major London institution. The exhibition will include many of his witty, irreverent fashion photographs, as well as the portraits for which he is best known. His more serious work, documentary photographs for the Sunday Times magazine and others, will also be shown, revealing an inquisitive and compassionate eye.

Tony Armstrong Jones (as he was then) studied architecture for two years at Cambridge. Having failed his exams, he started taking photographs of people in the theatre, encouraged by his uncle, the stage designer and artist Oliver Messel. His grainy prints, shot on small format cameras, often taken during rehearsal, were full of movement and changed the look of theatrical photography and front-of-house display from then on. For many years he has photographed the leading figures in the world of the arts for Vogue, Vanity Fair and the Telegraph magazine. To say that his heart is in the world of ballet, in the world of painters and sculptors or that he has a particular empathy with stage actors or actresses is not to marginalise his other portraits. 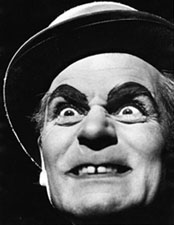 He brought a similar irreverent approach to his fashion photographs. Seldom had models posed with such flamboyance on the wings of aeroplanes or on piles of soon-to-be-crushed cars or caught the moment when champagne glasses tumble from a suitcase or bags fly from top storey windows.

Snowdon's black and white photographs for the Sunday Times magazine document the unfairness and inequality of life. Some of the most memorable include the essay 'Some of our Children'. Equally haunting and sympathetic are his photographs of old age, mental health and loneliness.

Snowdon hates to be considered a specialist and has photographed, over the years, a variety of landscapes, flowers and people, taken he says "hopefully with a fresh eye". His most recent books include small volumes on wild flowers and fruit and London Unseen, a personal survey of London's hidden buildings. A previous book London (from 1958) one of the earliest collections of his photographs, is a milestone in documentary photography and a personal view of the city from which he has worked for decades. 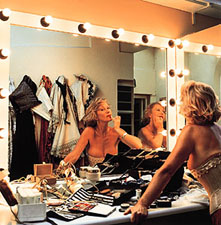 Photography apart, Snowdon has been at one time or other (and most often concurrently) a designer, a writer, an Emmy Award winning film-maker, a designer of theatre sets, ski-wear, clocks, furniture and motorised wheelchairs. With Cedric Price and Frank Newby he designed the aviary at London Zoo, now Grade II listed. He is also a tireless campaigner for equal opportunities for the disabled.

He is still a force in photography, an indefatigable contributor to publications and hopes to bring a freshness to everything he does. The words that he wrote to describe his work in his first book London, at the outset of his career, still hold true for his pictures today:

"I believe that photographs should be simple technically, and easy to look at. They shouldn't be directed at other photographers; their point is to make ordinary people react - to laugh, or to see something they hadn't taken in before, or to be touched. But not to wince, I think."

Publication
The exhibition will be accompanied by a catalogue - Photographs by Snowdon: A Retrospective with contributions from Drusilla Beyfus, Simon Callow, Georgina Howell, Patrick Kinmonth, Anthony Powell and Marjorie Wallace. This features at least 200 illustrations (over 125 colour plates) and includes many previously unpublished photographs. The book is in hardback and will retail at £40.