The exhibition presents 60 photographs selected from over 3,200 entries, including the winning portrait by Roben Antoniewicz and shortlisted works by Nadav Kander, Alan Powdrill and Victor Albrow and David Yeo, winner of the Deloitte Award. 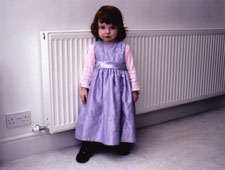 Roben Antoniewicz for 2nd Birthday
Roben Antoniewicz (b.1954) is a professional photographer based in Perth, Scotland. His portrait is of his granddaughter Mairead, taken at the photographer's house in February 2003. The occasion was a family party to mark Mairead's 2nd birthday and her family's departure from Edinburgh for a new life in Manchester. 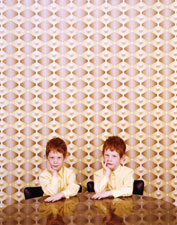 Victor Albrow for Lachie and Callum
Victor Albrow (b.1952) is a Scottish photographer living and working in Edinburgh. The portrait is of the five-year old twin sons of a friend of the artist. The portrait was taken in Albrow's studio in May 2003. 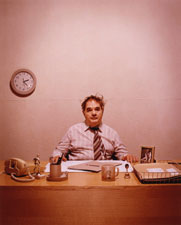 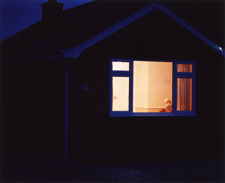 Nadav Kander for Interruption
Nadav Kander (b.1961) is a professional photographer who has work in the collections of several public galleries. His portrait shows an elderly couple peering inquisitively out of their lit living room window at night. Born in Israel, Kander grew up in South Africa and currently lives and works in London. 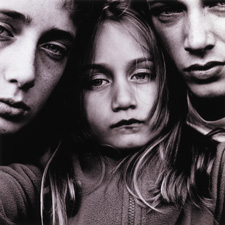 David Yeo for Brothers and Sisters

Wanting to document the various generations of his family, he produced a series of portraits titled Family Members. His winning portrait is taken from this series and shows his three cousins Jeffrey, Sam and Rebecca.

We come from a very close-knit family and I wanted to capture all of us in a series of photographs before my grandparents died. Rebecca's brothers are very protective towards her and I think the portrait reflects that. She has an amazing, solemn face, but looks so different from her brothers, I wanted to explore notions of resemblance as well as our close family ties.