Cecil Beaton (1904-1980) is one of the most celebrated British Portrait Photographers of the Twentieth Century and is renowned for his images of elegance, glamour and style. His influence on portrait photography was profound and lives on today in the work of many contemporary photographers including David Bailey and Mario Testino. Cecil Beaton: Portraits marks the centenary of Beaton's birth and coincides with a revival of interest in his work occasioned in part by the publication of his unexpurgated diaries and the recent release of Stephen Fry's film Bright Young Things. This is the first major overview of Beaton's portraits since Sir Roy Strong's ground-breaking exhibition at the National Portrait Gallery in 1968

This major retrospective exhibition brings together over 150 portraits from the five remarkable decades of Beaton's career, including iconic images as well as those never seen before. Beaton captures 50 years of fashion, art and celebrity, from the Sitwells in the 1920s to the Rolling Stones in the late 1960s. Definitive portraits of 20th century celebrities are shown alongside more sombre works from his time as a war photographer.

Highlights of the exhibition include Beaton`s 1956 portrait of Marilyn Monroe, from her own collection, which is accompanied by his handwritten eulogy about her. Pages from Beaton's snapshot album of the Duke and Duchess of Windsor's wedding, showing idyllically situated portraits of Wallis Simpson in the grounds of the Château de Candé, France, are on public display for the first time.

Beaton acquired his first camera aged 11 and the exhibition opens with a portrait of his sister Baba, taken a few years later, in 1922. A number of vintage prints from Beaton's first exhibition (1927), notable for their striking red Beaton signature, have been reunited, including a celebrated portrait of Edith Sitwell posed as a gothic tomb sculpture. Edith Sitwell and her family's patronage confirmed Beaton's position as the most fashionable young photographer of the day and led to a number of exciting commissions, including a contract with Vogue, with whom Beaton was associated for over 50 years.

Other significant portraits from this early period include Nancy Cunard in front of a polka dot backdrop, the writers and poets Sylvia Townsend Warner, Stephen Tennant and Siegfried Sassoon, and bright young things including the Jungman twins, Tallulah Bankhead, and three young debutantes posing as "Soapsuds".

The exhibition features work taken from Beaton's first four Hollywood visits including images of Gary Cooper, Loretta Young, Marlene Dietrich and Johnny Weissmuler, preparing for his first Tarzan film. Other works from the 1930s include French subjects taken in Paris, such as the fashion designers Coco Chanel and Elsa Schiaparelli, and the artists Beaton befriended such as Jean Cocteau and Pablo Picasso.

Beaton received the ultimate establishment seal of approval when he was commissioned by the Royal Family in 1939. The exhibition includes two studies of HM Queen Elizabeth, later the Queen Mother, at Buckingham Palace, taken in dappled light and offering fairytale romance.

With the outbreak of the Second World War, Beaton devoted himself to his work as an official war photographer. The Home Front is represented by pictures of land girls and Beaton's unforgettable portrait of the 3 year-old blitz victim Eileen Dunne (1940) in a hospital bed in the north of England. During this period Beaton also captured wartime artists such as the poet Cecil Day-Lewis, composer Benjamin Britten and the memorable study of the elderly Walter Sickert and his wife Helen Lessore in their garden near Bath in 1940.

In the post-war period Beaton photographed existentialist writers Albert Camus and Jean-Paul Sartre in Paris, and emerging actors in America, the 21 year old Marlon Brando and Yul Brynner, and the reclusive Greta Garbo, the subject of Beaton`s long-term romance.

In 1956 Beaton started work on the costume designs for the first version of My Fair Lady for the American stage with Julie Andrews and Rex Harrison and was to continue with the production in its various forms until his own Oscar-winning work for the film version starring Audrey Hepburn in 1964. In the midst of this he also won an Oscar for his work on another great film musical Gigi (1957) with Leslie Caron.

It is testament to Beaton's flexibility and skill that he reinvented his photographic style for a new decade. In the 1960s he was revitalised by working with some of the era`s brightest cult figures such as David Hockney, Jean Shrimpton, Rudolf Nureyev and most importantly Mick Jagger. Up until a paralysing stroke in 1974, Beaton continued a punishing work schedule, whether working on the Barbra Streisand's film On a Clear Day You Can See Forever or photographing Warhol and his entourage in New York.

The exhibition concludes with Beaton's late poignant portraits of Ralph Richardson and Louise Nevelson, and a recumbent Bianca Jagger photographed in the conservatory of Beaton's home at Reddish.

Events
To accompany this exhibition there is a programme of talks, films and a one-day fashion and photography conference on 21 May. Themes covered in the talks include Beaton and Vogue, Beaton and Dandyism and Beaton as a war photographer.

Friday 21 May, 10.30am- 4.30pm
Fashion as Photograph, Tickets £25/£15
A one-day conference, organised in partnership with the University of Westminster, brings together leading voices from the worlds of museums, galleries, auction houses, academia and the fashion industry

All events take place in the Ondaatje Wing Theatre and are free, except where indicated. Tickets, where required, can be obtained from the Ticket Desk.

Gaiety Girls and Footlights Favourites from the 1900s to the 1920s
From 5 April - 22 August
Book Shop Gallery
Admission Free
Photographs taken by Bassano of Edwardian actresses idolised by Beaton in his early years. 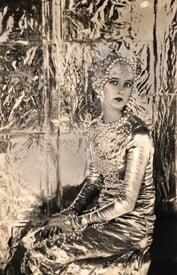 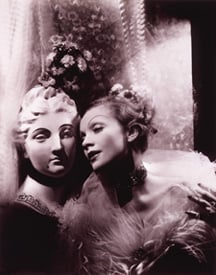 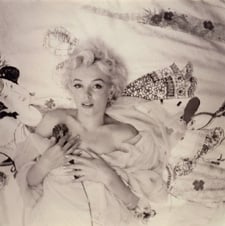 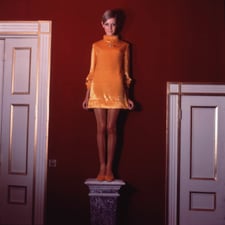 In association with Sotheby's and Vogue