Awo's work represents a part of a house belonging to an eighteenth Century traveller. She based her piece on portraits of Edward Wortley Montagu and Thomas Hope, recognising their exotic costume from her own travelling experiences in Turkey and Egypt. Awo designed the costume and interior décor of the installation in response to Hope's own designs, which were influenced by his voyages to the East. 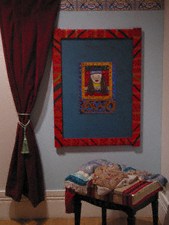 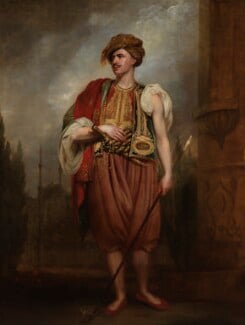 A collector and a designer, Hope belonged to a rich family of Amsterdam bankers who fled to England in 1794 when Holland was invaded by France. In addition to collecting Greek vases and classical and oriental antiquities, Hope coined the phrase 'interior decoration' and designed his own furniture, ceramic, wallpaper and paint schemes. Beechey's portrait reflects Hope's passion for the exotic, especially Turkey, Egypt and Syria where he travelled extensively between 1787 and 1795. 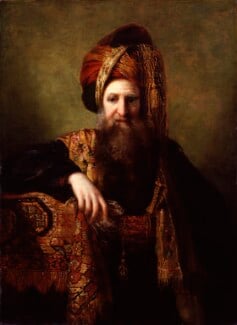 Edward Wortley Montagu was a traveller, linguist and eccentric. He was much influenced by his childhood visit to Constantinople between 1716-18. Using his inheritance as security against his creditors, he left England permanently in 1762. He travelled in the Middle East as an enthusiastic archaeologist: in 1773 he settled in Venice and was described as living with "the manners, habit and magnificence of a Turk."