Off the Beaten Track - Three Centuries of Women Travellers 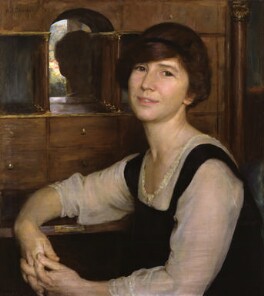 Women travellers of the past three centuries have amazing and varied tales to tell. Some of them were exceptional individuals who broke all the rules, while others travelled as dutiful wives, mothers or daughters. Journeying to distant parts of the world from the 1660s to the 1960s, before the age of mass travel, these women had experiences and encounters almost unthinkable today.

Victorian traveller Mary Kingsley defended herself with a canoe paddle when a crocodile attempted to board her boat, and was saved only by the thickness of her skirt when she later fell into a pit of sharp stakes. Penelope Chetwode made a remarkable river crossing in India using the traditional method of floating across on an inflated animal hide, propelled by a local man on top of whom she was required to lie. Meanwhile Lady Hester Stanhope offered advice to respectable women on answering calls of nature whilst in the desert - one should take a chamber pot, a small tent, declare a coffee break, pitch the tent and gracefully retire. 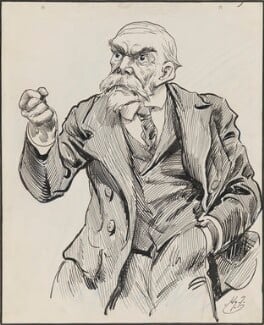 This exhibition brings together 60 portraits, in all media, from the National Portrait Gallery's collections, alongside photographs and paintings made by the women on their travels. It also features some of their finest souvenirs, now prized exhibits in major museums and private collections across Britain. The exhibition is organised geographically and ends with a selection of the world's women who made Britain the destination for their travels, recording their presence here by visiting a fashionable society photographer.

Travellers to the Americas include Maria Callcott who travelled in Brazil in the 1820s. The exhibition presents a fine portrait of her by Sir Thomas Lawrence, and the album of botanical illustrations that she painted there. Fanny Kemble, the famous actress, had a very different experience of the United States when she discovered that her American husband's money came from his slave plantations in Georgia. The marriage swiftly fell apart and her journal describing the plight of his slaves was published to further the cause of Abolition.

Well known twentieth-century women travellers, Gertrude Bell and Freya Stark, both travelled in the Middle East and Arabia. Both were superb travel writers and took photographs. Freya Stark's images of southern Yemen are displayed in the exhibition and are particularly beautiful. Bell lived in Baghdad, founding the Museum there, having been closely involved in the political and geographical decisions that created the modern state of Iraq. In the previous century, Jane Digby also chose to live in the Middle East. After a stormy divorce and many love affairs she found her final husband in Syria, a Bedouin Sheikh young enough to be her son, and joined his tribe in the deserts around the ruined city of Palmyra, shown here in one of her watercolours.

Travellers to Africa include Amelia Edwards whose 1877 book, A Thousand Miles up the Nile, earned her enough to pay for archaeological excavations in Egypt. An Egyptian portrait sculpture that belonged to her is displayed in the exhibition, as is a marble sculpture of her. Also in this section are a selection of Mary Kingsley's artefacts - a metre-high Congolese nail figure, a newly-discovered fish which was named after her, and the brown fur hat that she wore during her African journeys.

From the Far East and the Pacific come photographs of China taken in the 1890s by Isabella Bird on her journey up the Yangtze. She converted the cabin of her boat into a darkroom, washing the chemicals off her glass plate negatives in the river itself. In contrast, Annie Brassey chose to travel in a luxury yacht The Sunbeam, collecting masks and other Pacific ethnographic items.

Women who made Britain their destination include Pocohontas, the American Indian woman who visited the court of King James I, Queen Emma of Hawaii who stayed with Queen Victoria, Sarah Davies, a young African slave who became Queen Victoria's goddaughter and Nehru's sister Mrs Vijaya Lakshmi Pandit who was India's High Commissioner to Britain and the first woman President of the United Nations.

The exhibition is curated by Clare Gittings, Education Officer at the National Portrait Gallery and curator of Escape to Eden: Five Centuries of Women and Gardens (2000).

Publication
A fully-illustrated book by Dea Birkett, with a foreword by Jan Morris, accompanies the exhibition. Off the Beaten Track: Three Centuries of Women Travellers is published by the National Portrait Gallery in July 2004, price £18.99 (hardback).

Study Day
There will be a study day at the National Portrait Gallery on 25 September 2004, organised in partnership with the Association for the Study of Travel in Egypt and the Near East (ASTENE). Speakers will include Dea Birkett, Dr Caroline Bressey, Susanna Hoe and Sarah Searight. For further information please contact [email protected]