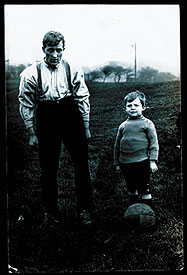 What are their names? What are their stories? From every walk of life and every level of society they come: babies, bathers, scouts, soldiers, mothers, nurses, policemen, shopkeepers, tradesmen, salvationists, barmaids, fishermen; on picnics, in gardens, on bicycles, in charabancs, by aspidistras, in school rooms, round maypoles, on playing fields, at war.

We Are The People presents over 1000 postcards of ordinary people made exceptional by the lens of the camera. These images, all real photographs in postcard form, have been selected from the extensive collection of the artist, Tom Phillips, a postcard addict for a quarter of a century.

In the first half of the 20th Century, the picture postcard transformed the art of portraiture from elite pastime to popular craze. Photographic equipment was cheaper, film faster, studios sprang up in every town, on every seaside promenade. In this democratic new medium, cook and chatelaine, poacher and gamekeeper, boss and labourer, manager and clerk were suddenly equal. Everyone became a postcard.

Tom Phillips says: "I have 50,000 of these photo postcards and have looked at two million or so in the course of this project. In this selection are most of my favourites: images that speak to me and I hope to others. They are historic in the sense that this was the first time people stepped into the light and were seen as individuals rather than the unpictured masses of previous centuries. With these cards I wanted to make an alternative National Portrait Gallery featuring the rest of the nation, those that did the work, bore the children, fought the wars - the previously unknown and unsung."

The exhibition is divided into themes that include Picnic, Make Believe, Aspidistra, Man and Child, Women in Uniform and Soldiers. Each section is prefaced by an enlarged version of a key image.

Studio portraits, easily available to all, introduced new possibilities for fantasy and aspiration. Sitters could pose against classical pillars, voluptuous velvet drapes or in fancy dress as cowboys, on cruise liners, at the wheel of a dummy motorcar or in a cardboard aeroplane.

The postcards in the exhibition originate from many different photographers and studios across Britain and are testament to the changing fashions and trends in commercial portrait photography, as well as the changing tastes in dress and pastimes of the sitters. Collected as "anonymous" subjects, the National Portrait Gallery hopes that relatives will spot their grandparents or great-grandparents and bring back their names and stories.

Linked to the exhibition is a display of postcards at the Horniman Museum, for further information visit www.horniman.ac.uk

Tom Phillips (b.1937) studied at St Catherine's College, Oxford, and the Camberwell School of Art (1961-3). He became a Royal Academician in1984. His work is in several public collections, including the British Museum, Tate, MoMA New York and the National Gallery Australia. He also has several works in the National Portrait Gallery collection including portraits of Iris Murdoch, Susan Greenfield and the recently completed portrait of former National Portrait Gallery Director Charles Saumarez Smith.

As well as being a painter, Phillips is a writer. His book The Postcard Century (2000)is widely recognised as the definitive book on the twentieth century postcard. Other publications include A Humument (1998) and Dante's Inferno (1985).

Publication
The exhibition is accompanied by a fully-illustrated catalogue with essays by Tom Phillips, Dr Elizabeth Edwards, Curator of Photographs at the Pitt Rivers Museum, Oxford, with a preface by James Fenton, poet and essayist. Published in March 2004, 336 pages, 900 colour illustrations. Price £20 (paperback). 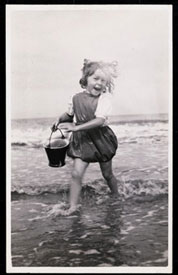 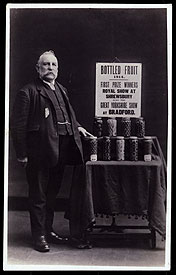 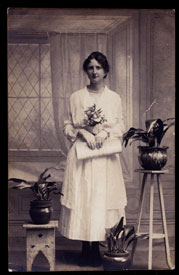