The winner of the prestigious BP Portrait Award 2005 was announced by Neil Tennant at a ceremony at the National Portrait Gallery on Monday 13 June.

The winner of the BP Portrait Award 2005 is Dean Marsh for Giulietta Coates. 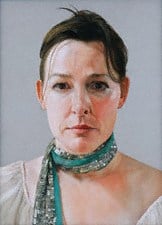 Giulietta Coates
by Dean Marsh
oil on board
© the artist

Dean Marsh (b.1968) is a London-based artist who, following a Foundation course at Ravensbourne College of Design, has exhibited several times in the BP Portrait Award - in 1993, 1994, 1996 and 2000. He won fourth prize in 2003 for Man with Grey Scarf and was commended in 2002 for his portrait of Rosalind Savill.

Dean Marsh said "Giulietta  is my girlfriend and I wanted to paint her because I love her. It's the second time that I have painted her and it's the largest portrait I've ever done. I spent around four to six months, in total, painting the picture. I'm not sure about my approach to portraiture, except that I try to be honest. I don't flatter".

The Universe
by Saul Robertson
oil on linen
© The Artist

Saul Robertson (b.1978) wins £6,000 for The Universe. Saul  lives and works in Glasgow. In the past two years he has won both the David Cargill Senior Award and the David Cargill Award at the Royal Glasgow Institute of the Fine Arts and was Young Artist of the Year at the Hunting Art Prizes in 2001. He has exhibited extensively throughout Britain. The Universe is painted in oil on linen and measures 1511x770mm. 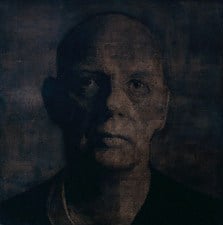 Gregory Cumins (b.1973) wins £4,000 for his portrait of British sculptor Richard Deacon. Gregory graduated in sculpture in 1999 from Paris's École Nationale Supérieure des Beaux-Arts where he was taught by Deacon. He then worked in a website agency as a graphic designer and web-designer. In 2003 he started painting and has been selected for this year's Salon de Montrouge exhibition. Richard Deacon is painted in mixed media and measures 1500x1510mm. 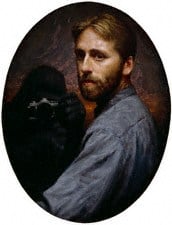 Monkey Painting
by Conor Walton
oil on panel
© The Artist

Conor Walton (b.1970) wins £2,000 for Monkey Painting. Conor lives and works in County Wicklow. Born in Dublin, he studied at the National College of Art and Design. Following his MA in Art History and Theory at the University of Essex, he went to Florence to study painting and old master techniques. He returned to Dublin in 1996, where his fourth solo exhibition will be held in June 2006. Monkey Painting is painted in oil on panel and measures 775x620mm.