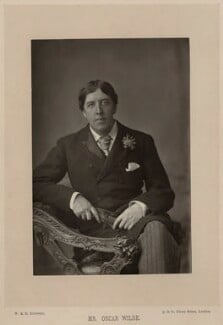 'England had conquered Ireland, so there was nothing for it but to come over and conquer England' G.B. Shaw

This exhibition examines the Irish presence in London during the Victorian period, following the Union between Great Britain and Ireland in 1801, and, through it, changing perspectives on Ireland. It focuses on artists such as Daniel Maclise, charismatic politicians like Charles Stewart Parnell, populist journalists like T.P. O'Connor and important theatrical impresarios such as Dion Boucicault and Bram Stoker. The exhibition also explores the lives and work of Oscar Wilde, George Bernard Shaw and W.B. Yeats. Works in a wide range of media are featured, from oil paintings, drawings and prints to contemporary magazines, books and manuscripts.