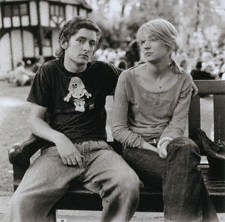 The third Schweppes Photographic Portrait Prize has been won by Shara Henderson for Girl With Baby - Poland . The £12,000 award was presented at the National Portrait Gallery, London, on Monday 7 November. The £5,000 Deloitte Award for the best portrait taken by a photographer aged 25 or under has been won by Karoline Hjorth for 07.55 from the series In your Face .

This prestigious international photographic portrait competition celebrates and promotes the very best in contempory portrait photography through a competition that is open to all. Now in its third year, it has already established a reputation for its diversity of photographic styles, encompassing editorial, advertising and fine art images submitted by a range of photographers, from professionals to gifted amateurs and photography students. This year's exhibition of sixty portraits has been selected from over 5,000 prints and includes the four shortlisted images of the Schweppes Photographic Portrait Prize together with the Deloitte Award winning portrait for photographers aged 25 or
under. 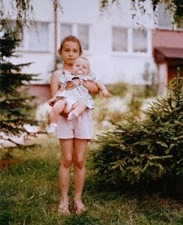 Australian born Shara Henderson (b1978) graduated from the Royal Melbourne Institute of Technology in 2003. After working as an intern to Mary Ellen Mark, Henderson arrived in London last year with just £200 in her pocket. She found employment running a photographic studio in Docklands, and is currently moving towards a career as a freelance photographer.

Her winning portrait is the result of an impromptu photography session during a visit to the industrial town of Brzeg Dolny, near Wroclaw, in the summer of 2004. Asking a young acquaintance to round up the local kids for a spur-of-the-moment shoot, she spent a few hours photographing the children as they played in the neighbourhood.

She says of the portrait "The girl in the portrait, Agnieszka, was one of the quieter ones. She just sat in the background and didn't play up to the camera. I turned around and saw her holding the baby, Dominika, and thought it would make the perfect photograph. I carefully re-positioned them without changing too much as I like to keep things as natural as possible."

Girl With Baby - Poland was shot using a Mamiya RZ, with a 110mm lens. 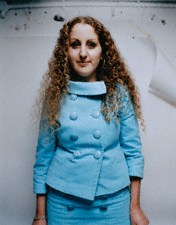 German-born photographer Philipp Ebeling (b1977) gained a BA in Photography at the London College of Printing (now London College of Communication). He is one of the UK's leading young photographers and is a long-standing contributor to Dazed and Confused. He took this picture of award winner Georgina Potier at the magazine's re:creation awards, an annual event to honour the UK's finest young creative talent. 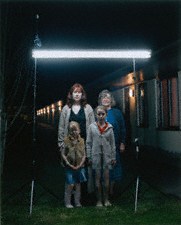 Ric Bower for  Three Generations , from the series  'Prayer'

Ric Bower (b1967) lives and works in West Wales as a photographer, painter and teacher of drawing. He graduated with a first class BA in Photography from Coleg Sir Gar in Carmarthen. This portrait was part of his degree show and is taken from a series of images exploring the subject of prayer. The photograph shows the photographer's family during a Christian get-together to celebrate spring harvest at a holiday camp in Minehead. 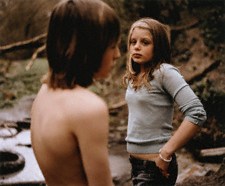 Magnus Reed for  Amy and Jack

Swedish-born photographer Magnus Reed (b1965) has worked on reportage photography covering the war in Afghanistan and has made a documentary on the beatnik generation. He combines advertising campaigns for a variety of brands, with his own personal projects. This photograph of Amy and Jack was taken as part of a two-day shoot featuring young people in the Brighton area. 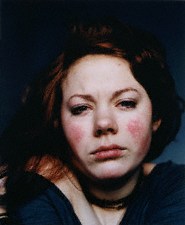 Karoline Hjorth for 07.55 from the series In your Face.

Karoline is studying photography at the University of Westminster in London. She depicts her younger sister Siri as she wakes in the morning at Hjorth's London flat.

Karoline Hjorth says "I'm interested in exploring the difference between how we look in our first moments of consciousness and how we change our appearance to represent ourselves later in the day."

Hjorth was born in Trondheim, Norway and studied anthropology at the University of Oslo before deciding that her heart lay in photography. After completing her degree, she hopes to remain in London and work as a freelance photographer.

Sandy Nairne, Director, said: " Girl with Baby - Poland is a delightful portrait image, both telling and tender. My congratulations go to Shara Henderson and all of the prize-winners."

Charlotte Oades, President, Coca-Cola Great Britain said: "The wonderful breadth and quality of entries this year, from both amateur and professional photographers, has made this a very exciting photographic prize to be associated with. The Schweppes Prize showcases the richness of human experience in both the subjects who are portrayed and in the creative vision of their photographers."