The World's Most Photographed 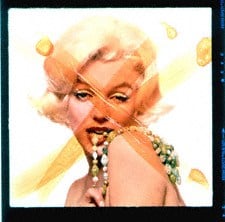 In collaboration with the BBC

The World's Most Photographed  exhibition accompanies a major BBC TWO ten part series, commencing on Wednesday 6 July at 7.30pm, and at the same time each subsequent Wednesday.

For the first time, the National Portrait Gallery and the BBC present an exhibition and series that have been jointly developed by the two organisations. The World's Most Photographed is an integrated project consisting of an exhibition of around 100 photographs and an accompanying BBC Two series exploring the lives and legends of ten well-known figures from history - Muhammad Ali, James Dean, Mahatma Gandhi, Greta Garbo, Audrey Hepburn, Adolf Hitler, John F. Kennedy, Marilyn Monroe, Elvis Presley and Queen Victoria.

By unearthing photographs which have previously been lost, suppressed and hidden, together with more familiar images, the exhibition and series explore the nature of celebrity and iconography, going beyond the often carefully constructed public image to reveal much more about their personalities and lives.

Featuring over 180 stunning photographs from Elvis Presley and Greta Garbo to James Dean and Muhammad Ali - this fascinating book is an in depth companion to the Gallery's popular exhibition and the current BBC TWO. The accessible text by Robin Muir, explores the wider issues of fame and representation, delving beyond the often carefully constructed public image to reveal much more about these high-profile personalities and their remarkable lives.

James Dean An extraordinary series of macabre photographs, unreleased for over 30 years

Greta Garbo Did she really "want to be alone"? Images of a star who turned away from the camera.

Marilyn Monroe How the first American goddess used photography to create a phenomenon, how a single image threatened to destroy her, and how for one day in New York, it showed her at her happiest

Elvis Presley How a schoolboy outwitted The King's controlling manager, scooped the world's press and sold his unique snaps of Elvis in the school canteen

Queen Victoria How photography played a vital role in defining her sovereignty and defending her against a rising tide of republicanism; how it re-established her supremacy after a decade of seclusion; and how she preserved the memory of Prince Albert in the years after his death

Mahatma Gandhi How he manipulated his appearance to bind his nation, how he used photography to challenge and undermine the British Empire and to create a new identity for India

John F Kennedy How, in a new dawn for America, photography created and sustained the myths of 'Camelot' and concealed the President's frailties and infidelities

The exhibition is curated by Robin Muir, curator and writer on photography, and a former picture editor of British Vogue and the Sunday Telegraph Magazine.