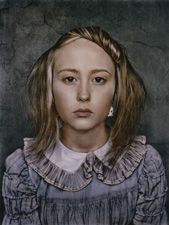 Sophia
by Billy & Hells
© the artist

The fifth annual Photographic Portrait Prize has been won by Jonathan Torgovnik, 38, for his powerful portrait of Joseline Ingabire, a victim of rape during the 1994 genocide in Rwanda. Photographed with her two children, born at the height of the conflict, the portrait explores the terrible impact of the atrocities of war and aims to raise awareness of the plight of thousands of women abused in Rwanda.

The Photographic Portrait Prize 2007 showcases the work of the most talented emerging young photographers, photography students and gifted amateurs alongside that of established professionals. From a competition open to everyone over 18, this year's prize attracted a record 2,700 entrants who submitted nearly 7,000 images. 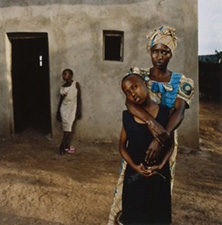 Joseline Ingabire with her daughter Leah Batamuliza, Rwanda
from the series Intended Consequences: Mothers of Genocide, Children of Rape
by Jonathan Torgovnik
© the artist

The winner of the inaugural Godfrey Argent Award, this year acknowledging the best portrait taken by a photographer aged 25 or under, was attributed to Ivor Prickett for his portrait 'Slavica Feeds her baby son Nikola while her husband Nebojsa sleeps' (from the series The Quiet After the Storm).

The exhibition presents a selection of sixty works, including this year's four shortlisted artists, offering visitors a unique opportunity to experience a varied selection of works ranging from intimate and personal photographs of friends and family to hard-hitting journalistic portraits from around the world, and judge for themselves which they think is the best. Also featured is the Godfrey Argent Award winner, a special prize that this year acknowledges an outstanding portrait taken by an exhibitor aged between 18 and 25.

Together the international mix of photographers present a diverse range of styles and innovative approaches to the portrait genre. Contrasts between the use of colour, black and white, analogue or digital technologies, as well as scale, lighting and technique are represented through editorial, reportage and fine art images.

With its substantial prize fund, including a first prize of £12,000, and high-profile exhibition and tour, the Photographic Portrait Prize 2007 offers a unique opportunity to see some of the most exciting contemporary portrait photographers working today.