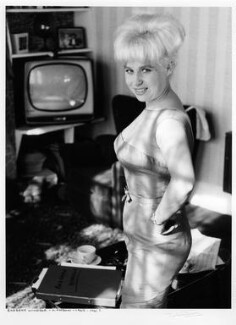 Stage, TV and film actress. Came to fame for her roles in 'Carry On' films including Carry on Doctor (1968) and Carry on Camping (1969). Stage roles include Rosie in Fings Ain't Wot They Used T'Be (1960). As a leading Queen of Soap she currently plays Peggy Mitchell in hit BBC TV series East Enders.