We are sorry to announce that due to unexpected circumstances, this event has been cancelled. Ticket holders will be contacted for a full refund. 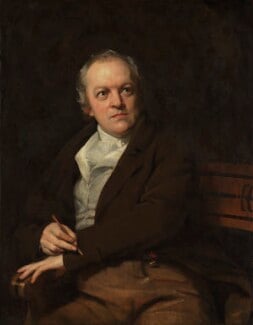 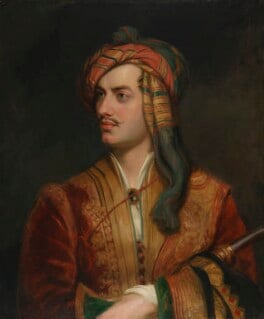 William Blake and Lord Byron were contemporaries, yet they never met. However, today their portraits hang together in the National Portrait Gallery. Both portraits were painted by Thomas Phillips, a rather middling artist, yet a genius who invented the art of celebrity.

In this evening of theatre and polyphonic music we imagine the soul of Thomas Phillips, an everyman for our times, through the evocation of Lord Byron, a celebrity in his own lifetime, and William Blake, famous in eternity.

The work is devised by Guy Pearson, composer and Tim Heath, writer.  Thomas Phillips, Lord Byron and William Blake are each played by their female emanations. (Cast to be announced).

Guy Pearson is a composer, pianist and producer who has contributed to soundtracks for theatre, television and documentary film. His work includes the album GLAD DAY about which Judith Weir, Master of the Queen’s music observed ‘... it seems right for the Blake poetry whilst coming from an unexpected direction.’ In his latest work ‘POETS, KINGS & CONSCIENCE Guy continues his pursuit of the lives of the poets.

Tim Heath is the Chair of the Blake Society. He contributed to the current exhibition, William Blake at Tate Britain through the inclusion of an important angle - the invisible angel in art, Catherine Blake.