About the Commission: Eight Photographs by Ursula Burke

The workshop participants were models for a series of portraits that are reminiscent of early 20th-century war photographs/postcards. Both the males and females wear elements of military clothing along with elements from their own clothing such as a hoodie, headphones or trainers. This creates a visual disjunction of male/female, young person/soldier and historic record/contemporary portrait. The strategy enabled the participants to conceptually enter into the thoughts and feelings of young individuals preparing for war. The artist worked with the 120 medium format film techniques that were used during the First World War era. 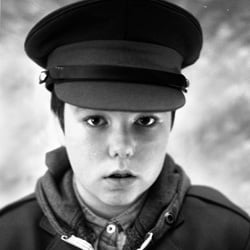 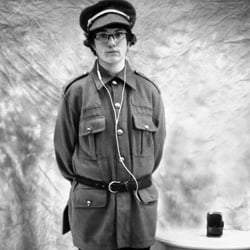 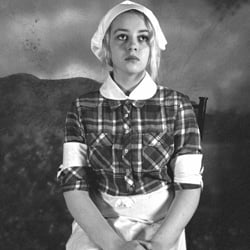 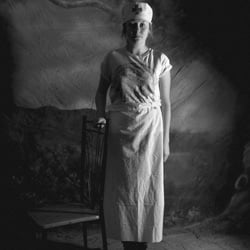 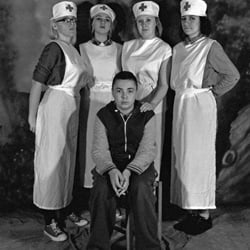 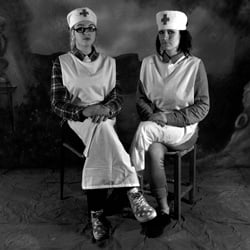 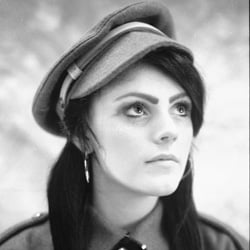 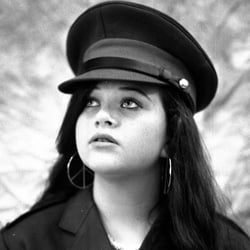 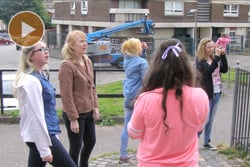 Watch a short video on the artist's experience with National Memory – Local Stories (1:26) 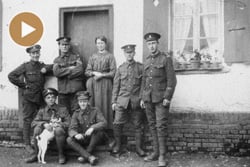 Watch a short video on the artist's creative process (2:04)

View the collection objects that inspired these works