The five National Memory – Local Stories partner museums are all offering a range of exhibitions, programmes and activities during the First World War centenary commemoration period. Below is an introduction to what the Partner Museums have planned. 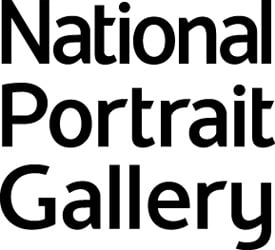 The National Portrait Gallery is commemorating the centenary of the First World War with a four-year programme of exhibitions, displays, public events and learning projects. The outcomes of National Memory – Local Stories, including this microsite’s Learning Resource,will inform the Gallery's schools and public programmes during this First World War Centenary Period.

The new Modern History galleries are scheduled to open in November 2014 and will contain a new section Home Rule to Partition, with an enhanced focus on the First World War. A temporary exhibition - Answer the Call - based on the Museum's collection of First World War posters, will open in May 2014. National Museums Northern Ireland is also collaborating with Queen's University, Belfast, and the University of Ulster to establish a First World War Coordinating Centre, 'Living Legacies' - one of five in the UK supported by the Arts and Humanities Research Council.

An exhibition of the work produced by the National Memory – Local Stories Northern Ireland workshop participants and affiliated artist took place in November 2013.

National Museums Scotland have two exhibitions planned to mark the centenary of the First World War. Common Cause: Commonwealth Scots and the Great War, at the National Museum of Scotland (11 July to 12 October 2014) will explore the stories of the Scottish diaspora and the war experiences of the nations of the Commonwealth during the First World War. Next of Kin will begin at the National War Museum in Edinburgh Castle (April 2014-March 2015) before touring around Scotland until 2017. The personal memories instilled in the museum’s collections reflect a range of stories about the experience and human cost of the First World War.

The work produced by the National Memory – Local Stories Scotland workshop participants and affiliated artist will be shown at big events at the National Museum of Flight and to secondary school pupils as part of the schools programme.

Amgueddfa Cymru – National Museum Wales will explore how the people of Wales responded to the call to war, sharing views on how it affected people at home and impacted those fighting and working in the arenas of war. It will also explore how skills, attitudes and beliefs changed throughout the period and in the aftermath of war. The four-year programme of events and exhibitions begins in spring 2014, when the public will be invited to join staff and sow poppy seeds to remember those who have fallen in all wars. For the rest of the commemoration period, the poppies will provide an annual reminder and a place to gather and reflect.

National Museum Cardiff begins its commemorationson 2 August 2014 with the opening of Efforts and Ideals: Prints of the First World War. This exhibition brings together a series of lithographic prints commissioned by the Ministry of Information in 1917, to encourage a war-weary public and raise support for the war effort. The prints illustrate changing attitudes in society, such as women’s role during the War, and include work by some of Wales and Britain’s finest artists such as Augustus John and Frank Brangwyn. The National Memory – Local Stories workshop experience inspired a strong response by young people to the Efforts and Ideals prints. The creative outcomes from National Memory – Local Stories will be displayed at the same time as the exhibition at National Museum Cardiff.

During 2014, Redbridge Museum, London, with the support of an award from the Heritage Lottery Fund, will recruit and train a team of volunteers to work in partnership with Redbridge Information & Heritage, local historians, regional and national museums and archives, local schools and residents to explore the impacts of the First World War on Ilford, Wanstead and Woodford (today's London Borough of Redbridge). This ambitious research programme will culminate in the documentation and interpretation of material to create a new major exhibition at Redbridge Museum; a new website; a publication; a new schools education session; family events and touring displays, all to be launched in November 2014. A display of the work produced by the National Memory – Local Stories Redbridge workshop participants and affiliated artist will be included in Museum's 2014 exhibition.

The Rifles Berkshire and Wiltshire Museum will mark each year of the commemoration period with a new display showing a particular event the county regiments were involved in 100 years ago:

2014: The Country goes to War. Examines mobilisation and the first battles of the war, including Mons 23 – 24 August 1914 and Le Cateau 26 August 1914. 1 August – 7 September there will be a special exhibition of the work of the National Memory – Local Stories workshop participants and the affiliated artist. The exhibition will display the participants’ and artist’s creative response to the diaries of two Wiltshire soldiers, Sergeant Munday and Sergeant Coudrey, as well as other objects from the Museum’s collection that inspired the work.

2018: The German Spring Offensive 21 March – 7 August 1918 and the final British and Allied offensive The Last One Hundred Days 8 August – 11 November 1918. The Armistice, victory, peace and the aftermath.