What was the national importance of the Women's Land Army ?

A group of farm workers, including several Land Girls, pause briefly for the camera in their task of harvesting corn. Even with the help of horse-drawn machinery, this was hard and exhausting physical work.

The Women's Land Army (WLA) was formed during the First World War to encourage more women to get involved in growing and harvesting food. Although women had always worked on family farms – milking, making butter and cheese, and keeping poultry – they were now needed to supply and sustain an agricultural labour force, filling vital jobs left vacant by men who had joined up.

By 1917, despite initial opposition from some farmers, there were many thousands of Land Girls engaged in agricultural work in Britain – including heavy tasks such as ploughing, threshing and hauling timber. There were very few farm horses left to help them: most had been sent to the Front.

Land Girls were paid a weekly wage; they wore a hard-wearing, practical uniform which challenged conventional ideas of how women should dress.

Throughout the war, British food supplies – and other imported goods – were under constant threat from German submarines. In 1917, naval blockades and the sinking of hundreds of merchant ships, caused widespread shortages of food in Britain, including potatoes, sugar and wheat. In 1918, the Government introduced rationing to try and ensure a fair distribution of food.

Farmers were encouraged to cultivate every available piece of land; people were told to eat less, and to grow their own food by taking on allotments and becoming as self-sufficient as possible. Government propaganda posters linked these messages directly to ideas of national security and naval power.

The value of the work being done at home to fight the war was also reinforced through official art – such as the print series, ’The Great War: Britain's Efforts and Ideals', which was exhibited in France, America and Canada, as well as Britain.  It included images of women working cheerfully on the land alongside men, demonstrating their skills, resilience and physical strength. 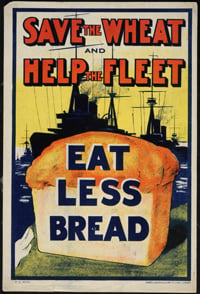 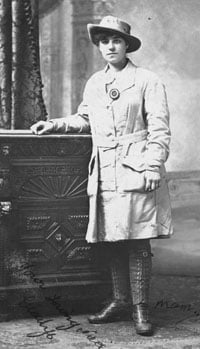 a member of the Women's Land Army photographed in her uniform. She worked in the grounds of St Fagans Castle,… 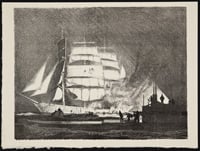 from Transport by Sea portfolio, 1917
' The Great War: Britain’s Efforts and Ideals'
Presented by the… 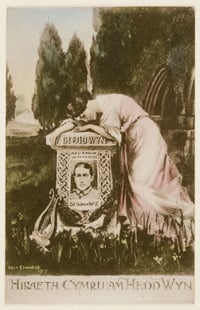 who died in 1917 at the Battle of Passchendaele. He was posthumously awarded the bard's chair at the 1917… 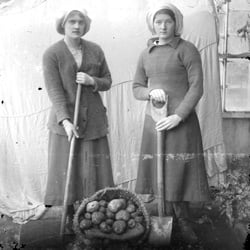 with the caption - “Destroyed and sunk by S.S. Olympic and U.S.S. Davis”
© National Museums Northern… 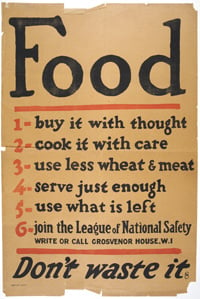 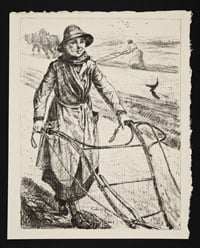 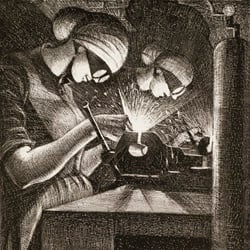 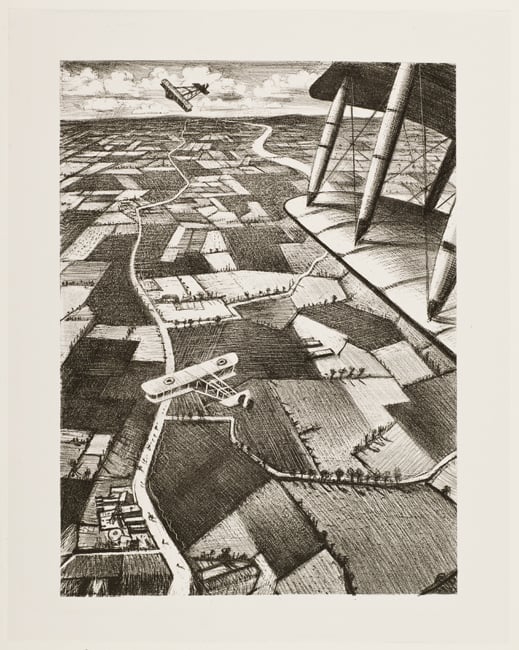 In the Air from Building Aircraft portfolio 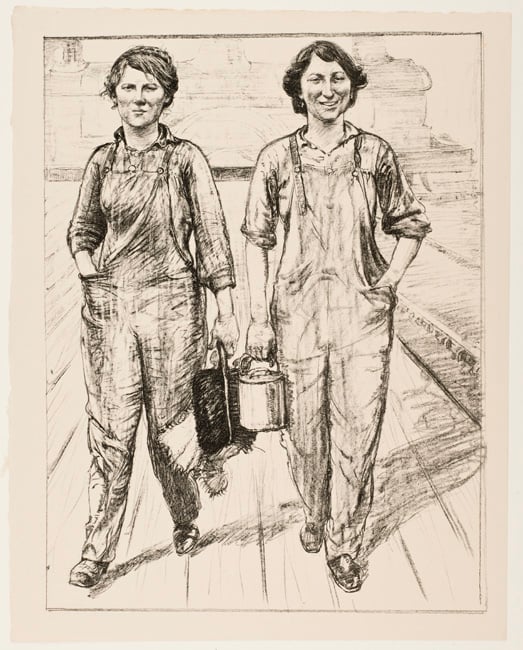 On the Railways: Engine and Carriage Cleaners from Women's work portfolio 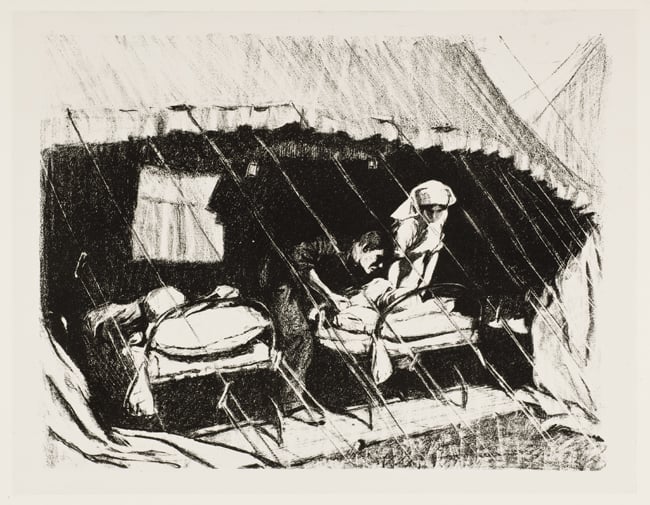 Casualty Clearing Station in France from Tending the Wounded portfolio

by Claude Shepperson,
lithograph on paper, 1917
'The Great War: Britain’s Efforts and…