Can painting help to heal the personal wounds of war?

In 1915, aged only twenty-four, the artist Stanley Spencer found himself on the Front Line in Salonika, facing both German and Bulgarian troops.  He was now thousands of miles from his beloved family and his home in Cookham, Berkshire, and bound by the strict routines of military service.

Spencer had initially volunteered to serve with the Royal Army Medical Corps, along with his brother Gilbert. But, after a stint as a hospital orderly in Bristol, he was sent to Macedonia as a stretcher bearer.

Although he was only 5' 2" tall, Spencer successfully applied to join the infantry, transferring to the Royal Berkshire Regiment.  During his two and a half years of service at the Front Line, he was hospitalised with malaria several times.

In this portrait – with his frank gaze, boyish haircut and fresh colouring – Spencer looks young for his years and seems unscathed by his experiences.

It was painted by his friend and patron, Henry Lamb. Lamb was awarded the Military Cross for his service as a medical officer in Palestine and France, where he was also badly gassed .

Soon after the war ended, both men were commissioned to produce works for a proposed national 'Hall of Remembrance'. This was never built, but their war paintings were included in a ground-breaking public exhibition in 1919, and are now in the Imperial War Museum. Spencer had lost all the sketches he had made in Macedonia and had to work entirely from memory.

To Spencer, who was a deeply religious man, painting was a visionary act –  a mystical experience which drew him closer to God.  He often set scenes from the Bible in the familiar rural surroundings of Cookham where he lived and painted for much of his life and which he described as – a 'village in heaven'.

Some of his most original works are the huge detailed paintings he made for Sandham Memorial Chapel in Berkshire (1926-32). Unlike many paintings associated with the war they record Spencer's vivid memories of the everyday, human experiences of soldiering – rather than conflict, or action. 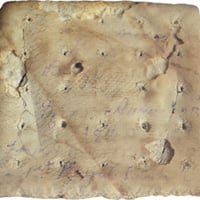 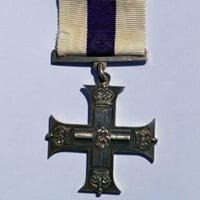 First World War medals can be divided into two categories, Campaign medals and Gallantry medals. Over 300,000… 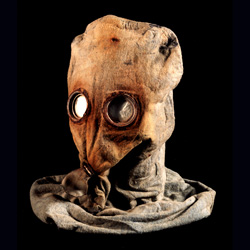