Juliet from the series It Must be Built From Ashes 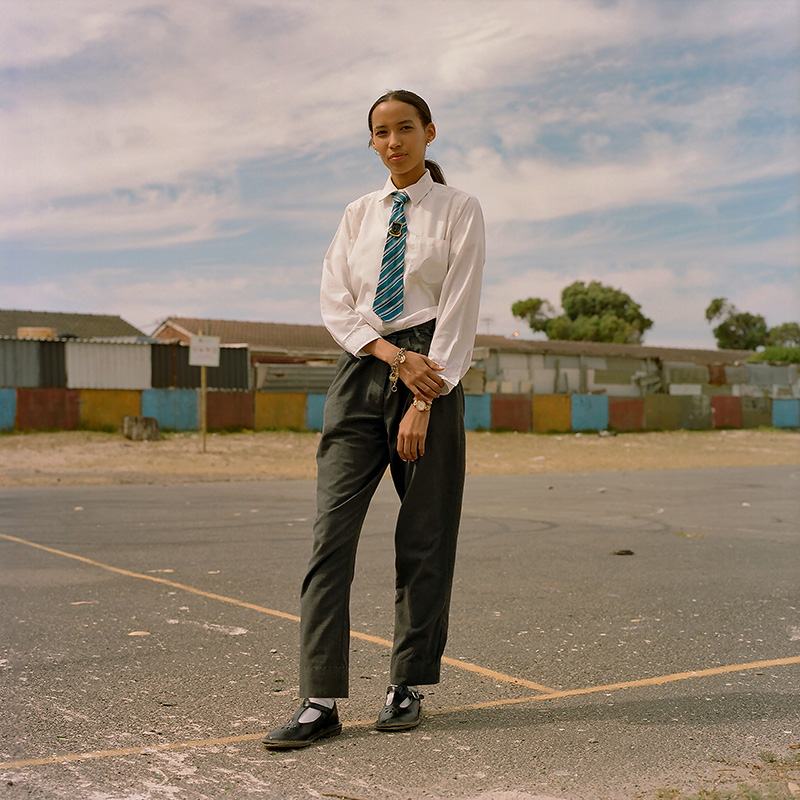 The township of Mitchells Plain on the outskirts of Cape Town was purposely built in the 1970s as a relocation area during South Africa’s apartheid regime. Documentary photographer Justin Keene offers a portrait of the communities and youth of the Cape Flats in his series, It Must Be Built From Ashes. Using a medium format film camera from a low angle, Keene bestows a sense of monumentality on his subject. Standing at the centre of a playground, high school leaver Juliet is photographed in her uniform. Keene confronts the inequalities of the South African education system, which denies children in impoverished areas access to better opportunities, situating the political and social struggles of the South African nation in the context of a stronger and more promising future embodied by this younger generation.

Based in Britain and South Africa, photographer Justin Keene undertook an MA in philosophy and theology at the University of Edinburgh and an MA in documentary photography at the University of South Wales, Cardiff. In addition to commissioned commercial and editorial work, Keene’s personal projects explore concepts of identity and representation in South Africa. His work has been selected for inclusion in the Sony World Photography Awards, the LensCulture Exposure Awards and the BJP Portrait of Britain and published in Nataal Media, It’s Nice That and Oath Magazine.