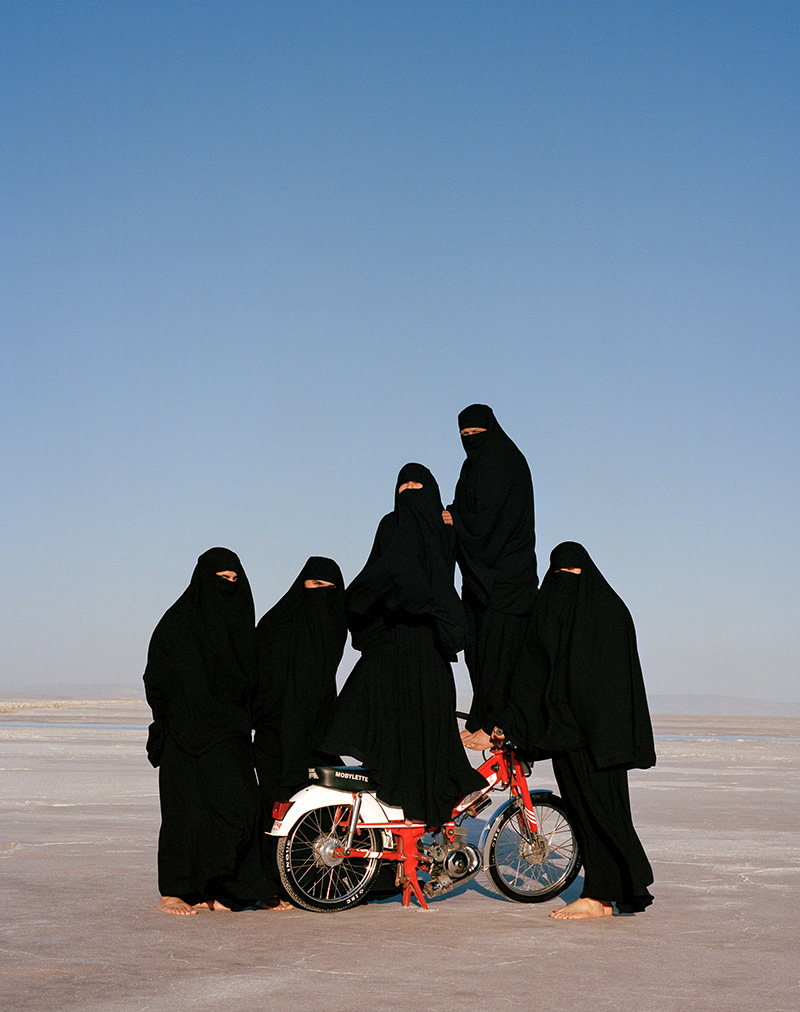 This image was taken in Central Turkey at Salt Lake (Tuz Golu), near Olgaç Bozalp’s childhood town of Konya; where his family still lives. A group of local men are dressed in Burqas, the full-length garment and head covering traditionally worn by women in some Islamic cultures. There is an element of performance as two figures balance on the metal frame of a motorcycle and the others pose around them. The men come together almost as a troupe, suggesting shared experience. While some men and transgender women do wear burqa in Turkey, it is not conventional and can be controversial. Explaining his thinking around making the group portrait Bozalp says: ‘I wanted to challenge the way we look at gender identities. As a society we have normalised images of female-identifying genders being covered up, but put a man in a burqa and you get polar opposite emotions but the same reaction’. The photograph comes from a larger series in which the photographer explores the experience of migration both personally and conceptually and the disparate reasons people leave their homelands.

British-Turkish photographic Olgaç Bozalp studied art and performance at Near East University, Cyprus. His work has been in solo exhibitions in Paris and Eskisehr and group exhibitions in the UAE, Italy, Turkey and the US. His work has been published in magazines including Aperture, Dazed and Confused and the New York Times Style magazine and was selected for Unseen, British Journal of Photography, and 5 Emerging Talents exhibition, 2019.