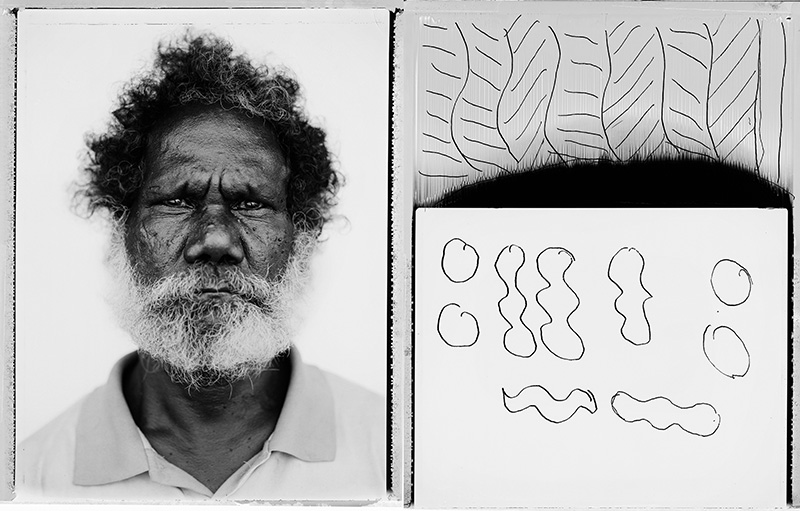 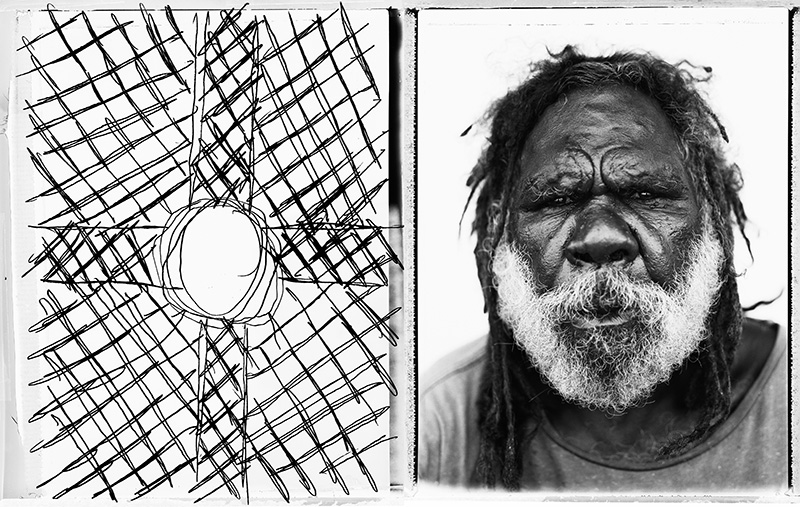 Columbiere Tipungwuti (image on left) is a first nations artist whose country is Wurankuwu in the Tiwi Islands, north of Darwin in the Northern Territory in Australia. Tipungwuti is associated with the Jilamara Arts Centre on Melville Island and often works in natural ochres on canvas as well as painting Pukamani pole (tutini) - tree trunks that have been carved and decorated and have an important place in burial customs for Tiwi people. For contemporary Tiwi artists Jilamara, the particular abstract designs featured in their work, are both an expression of individuality as well as a vital continuation of ancient traditions and stories passed down through generations and often used in ceremony. Tipumgwuti states: ‘Long, long, long time ago our great, great grand parents taught us how to paint, we have to have that in our heads and we gotta remember it and know it.'

Raymond Bush (image on right) is a first nations artist whose country is Andranangoo (Goose Creek) in the Tiwi Islands, north of Darwin in the Northern Territory in Australia. Taught by his grandfather Pakapanali (Paddy Bush), Raymond has been painting since he was sixteen. Jilamara is the Tiwi word that describes abstract geometric designs painted onto the body during ceremony that are related to that particular person’s dreaming and dance. It is also the name of the art centre where Bush and other artists work on Melville Island. Bush’s art, based on his personal jilamara, is made using ochres on bark, canvas and paper and incorporates animals such as jarrakalani (turtle), marntuwujini (dugong), tokwampuwi (birds) and mupiti (fish).

Both portraits are collaborations initiated by photographer Tobias Titz’s as part of his long term ‘Polaroid project’ begun in 1998, one strand of which combines his instantaneous portraits of First Nations Australians with etchings made by them into the wet emulsion of the large format Polaroid negative. Titz studied at the Staatliche Fachakademie für Photodesign, Munich. His work has been seen in exhibitions USA, UK Australia and China. He was selected as a finalist in the Nillumbik Prize for Contemporary Art (2019), the William and Winfred Bowness Photography Prize (2017), the Hasselblad Masters (2014) and was the winner of the Doug Moran Contemporary Photography Prize (2012). Publications that have featured Titz’s photographs include, Der Stern, Idea magazine and Australian Geographic.