Samuel from the series Lost Summer

Jack from the series Lost Summer

Jameela from the series Lost Summer 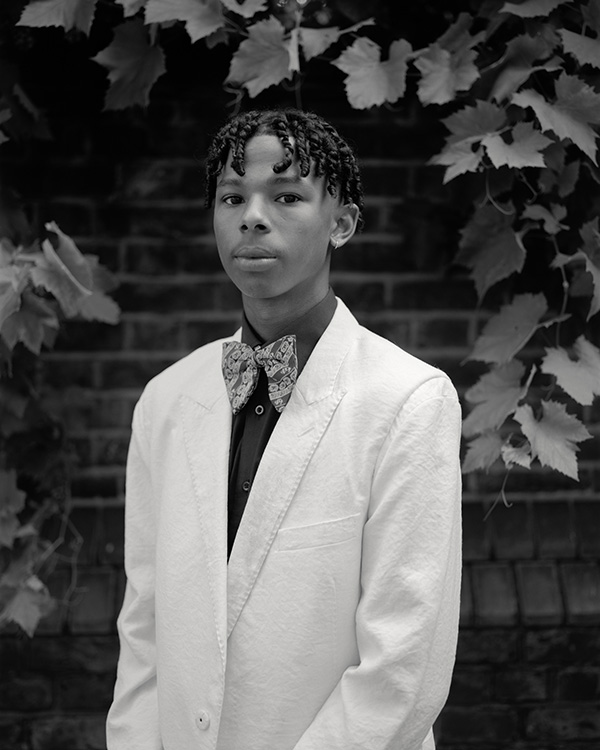 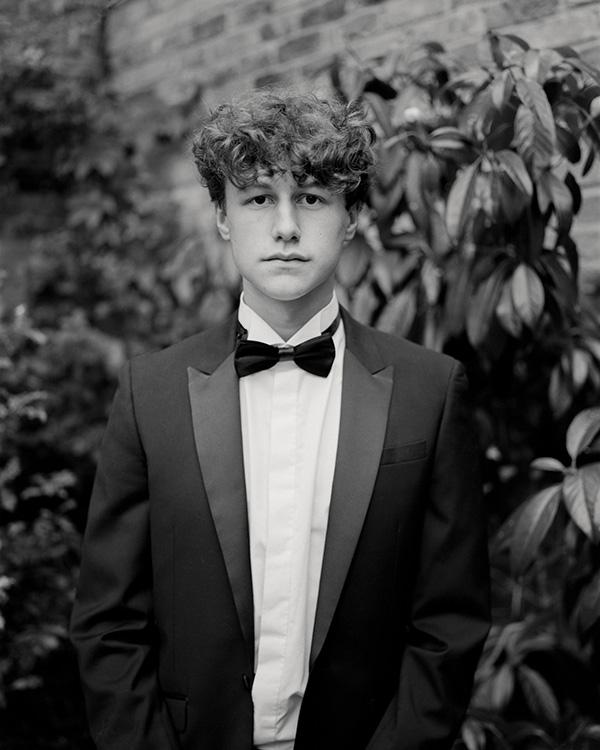 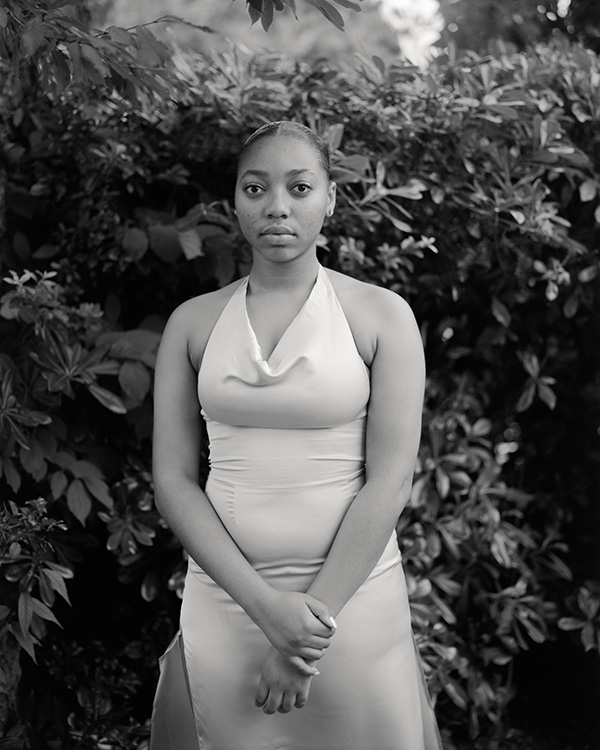 Alys Tomlinson began her project Lost Summer, just after lockdown restrictions were eased, in June 2020. The series comprises forty-four portraits of young people dressed to attend the highly anticipated school leaver’s prom night – events that were unable to take place in the wake of the Covid-19 pandemic. Tomlinson explains: ‘The school year ended abruptly, with no opportunity to say goodbye to friends and nothing to mark the occasion. I photographed teens all dressed up in what they would have worn to the prom’.

The photographer, who has an ongoing interest in exploring the transformative and self-aware teenage years, began by contacting families in her local area and working with friends of friends. She did not direct her participants’ dress and each portrait was made in what the sitter had planned to wear for their graduation event. Tomlinson works with film on a large format camera, a much slower process than shooting digitally and this became an important part of making the images: ‘you have to be patient working in this way…and I think using this camera shifts the relationship you have with the sitter. You have to take your time…A lot of the teenagers enjoyed learning about the process as they hadn’t really seen a camera like this before and its quite a performance…My hope was that it made them feel special for a small amount of time’.

There was also no casting involved so Tomlinson made a portrait of every person who responded to her request, scheduling an appointment to photograph them at their home without really knowing what the setting would be. The portraits were all taken outdoors so that gardens and parks became the backdrops against which each person posed. When seen in sequence, these natural backgrounds become something like an implied studio, visually unifying the series while also allowing the distinct personality and style of each sitter to emerge. She reflects: ‘I feel there is a vulnerability and sadness to the portraits but also a resilience…they represent a loss and longing but also celebrate each teenager as an individual navigating this extraordinary time’.

Alys Tomlinson studied photography at Central Saint Martin’s College of Art and Design and an MA in Anthropology of Travel, Tourism and Pilgrimage at SOAS, University of London. She was selected for the Taylor Wessing Photographic Portrait Prize exhibition in 2017 and won the Sony World Photographer of the Year Award in 2018. Her work has been seen in numerous exhibitions in the UK and Europe, while Tomlinson’s book Ex-Voto, the culmination of a five-year photographic journey to Catholic pilgrimage sites in Ireland, Poland, and France, was published in 2019.

The judges felt that Alys Tomlinson’s portraits were very simple, but powerful images with a beautiful clarity. Without being heavy handed, they spoke to the events of 2020, including lockdown, and the generation most affected by them.