Self-portrait as My Father from the series Encounter 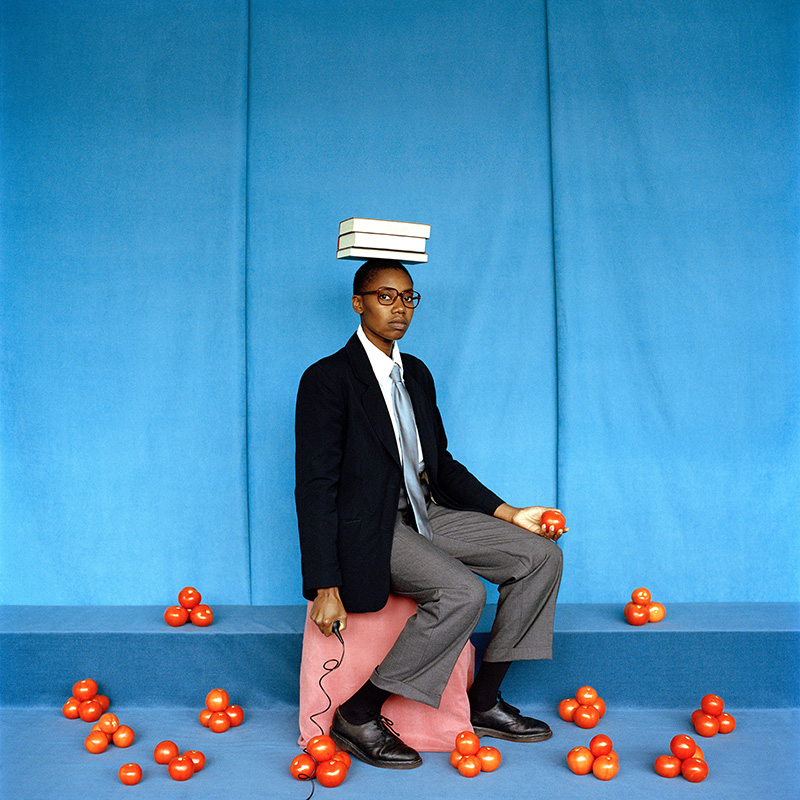 Italian-Togolaise photographer Silvia Rosi draws on the aesthetic of West African studio portraiture to connect with her family history and perform a fictional portrait of her father, a man she never met, as a journey of self-discovery to understand her own history through the bodies of the people who played a crucial role in shaping it. Rosi uses props to retell the story of her father’s migration from his hometown in Africa to Italy: the books and suit signal he is a member of the educated middle class, who finds himself working humble jobs in Italy, picking tomatoes, as a migrant. The matrilineal skill of head carrying, traditionally used by market women to transport goods, is employed as a ‘metaphor of struggle which is present in the market and resonates in the act of migration’. The making of this series was supported by Jerwood Arts and Photoworks.

Silvia Rosi gained a BA degree in photography from the London College of Communication (UAL). Her portraits have been recognised by the Jerwood/Photoworks Awards 2020, the Lens Culture Portrait Award 2020 and have been selected for the BJP Portrait of Britain project 2020. Her work has been seen in exhibitions including the Getxo International Image Festival, the Athens Photo Festival at the Benaki Museum and the Landskrona Foto Competition, Sweden. Rosi’s commercial clients include the Financial Times, Wallpaper and the New Yorker and she has received commissions from Jerwood Arts/Photoworks, Southbank Centre, Autograph ABP.