Steve McQueen on the set of Small Axe 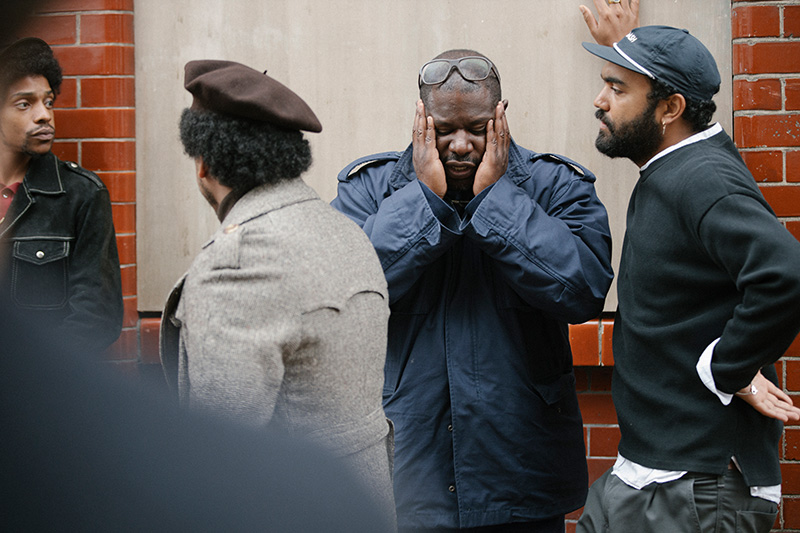 Robson-Scott’s documentary portrait visualises the creative challenge of filmmaking. The portrait of director Steve McQueen, head in hands, was captured by Robson-Scott - appointed unit stills photographer on the anthology film-series Small Axe (released November 2020). The blurred foreground tells of the ‘stolen’ nature of the shot - Robson-Scott had to be as discrete as possible, amid what he described as McQueen’s creative navigation of cast and crew and here his display of internal reflection. Cinematographer Shabier Kirchner, to McQueen’s right, awaits direction while the actors create a dynamic interactive composition.

British photographer Will Robson-Scott undertook a BA (Hons) degree in documentary photography at the University of South Wales, Newport. His work was shortlisted for the 1.4 awards in 2019 and 2018 and the Sony World Photography 2009 music category. Robson-Scott’s photographs have been seen in numerous international publications including Time Out (New York and London), Harper’s Bazaar, the Independent on Saturday and Dazed & Confused.