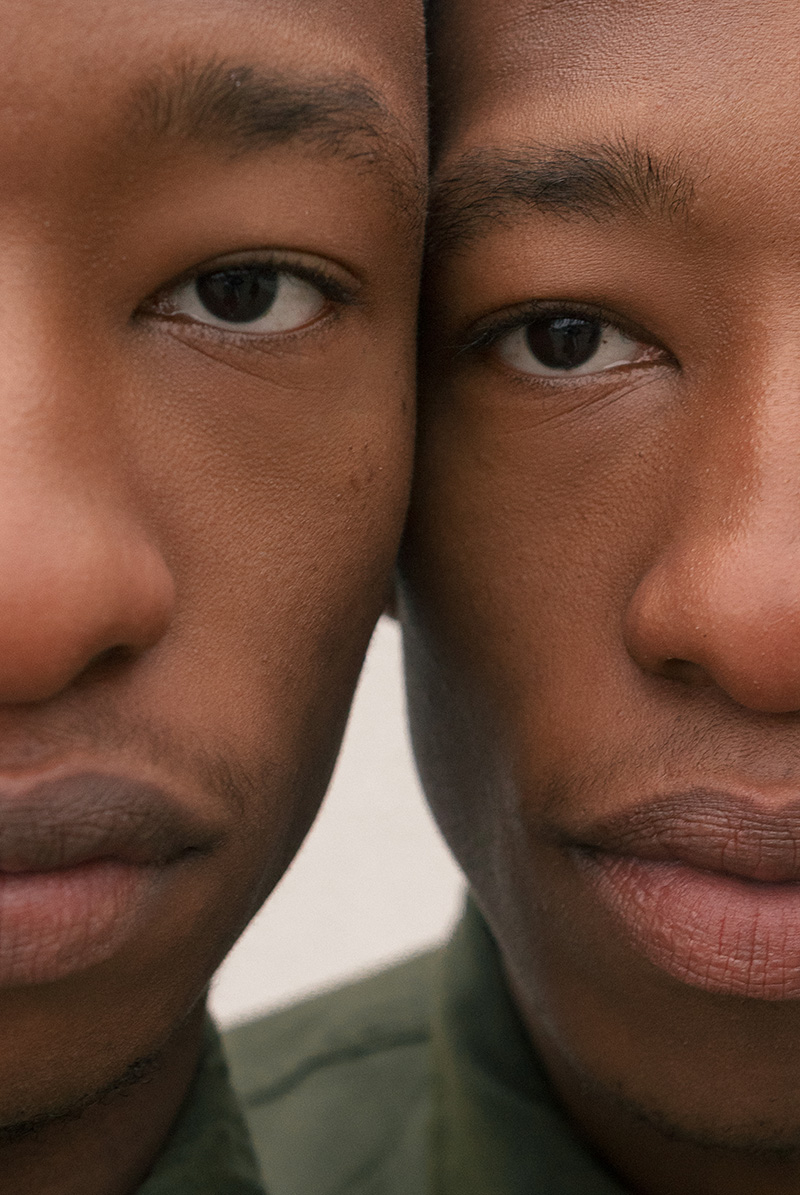 Taken for publication in Nataal magazine, Nigerian American Ogbaudu photographed twins Devontay and Dijon while working in London. The image comes from a larger series which is both a fashion story and a poignant meditation on understanding and solidarity - the brothers reflect and support each other but remain as two separate individuals. Ogbaudu’s work is often focused on shifting negative narratives around black men and women. Of the series he says: ‘There is an indescribable bond that exists between black men in spaces where you and another “brother” are the only two of your kind. It is emblematic of an unspoken understanding of brotherhood and solidarity. He’s your comfort, knowing that in any given situation, there is another black man simultaneously going through the same struggle and understands your experience’.

Oghalé Alex Ogbaudu lives and works in Britain and the US, having studied biology at Seattle University. His work focuses on changing the negative narratives surrounding black men and women, expressing feelings of togetherness through fashion, editorial, commercial and portrait photography. His work has been published in magazines including BYDESIGN and Viewpoint Colour Magazine. He was shortlisted for the PALM* Photo Prize, 2020.