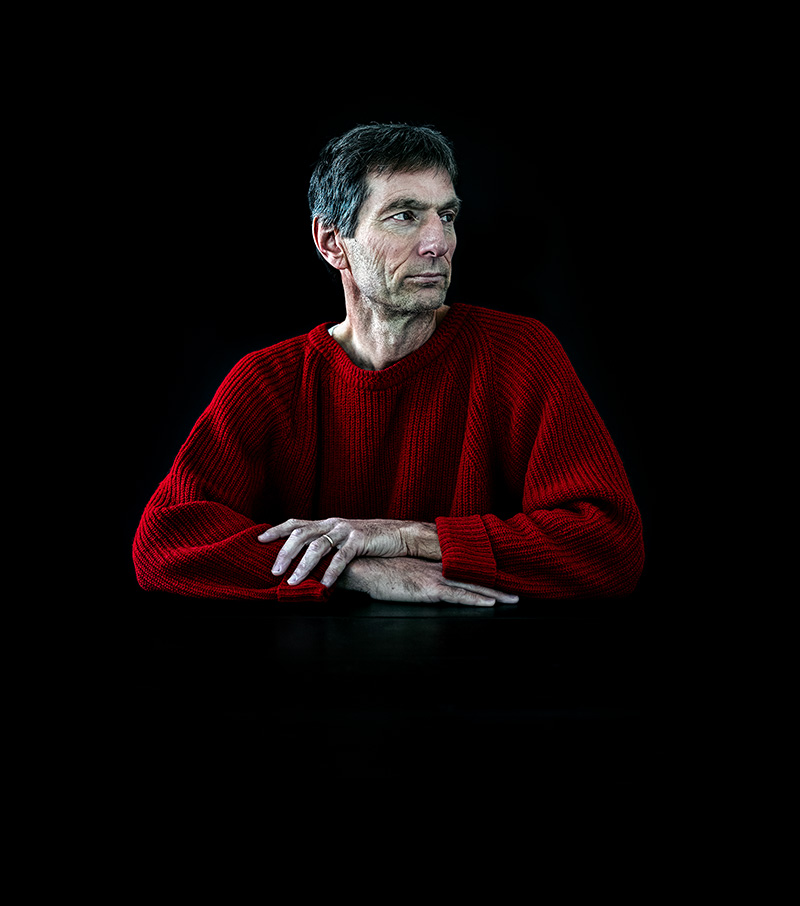 Tilman Ruff (b.1955) was the founding chair of the International Campaign to Abolish Nuclear Weapons (ICAN) which received the Nobel Peace Prize in 2017 for its ‘work to draw attention to the catastrophic humanitarian consequences of any use of nuclear weapons and for its ground-breaking efforts to achieve a treaty-based prohibition of such weapons’. Ruff has campaigned for three decades researching and writing on nuclear issues, most notably toward the United Nations treaty banning nuclear weapons with effect from January 2021. A member of the Medical Association for the Prevention of War, he serves as medical advisor to the international department of the Australian Red Cross and is a member of the World Health Organization Western Pacific Region. The portrait was commissioned by ICAN and the sittings took place in the photographer’s kitchen, using available light. Toole had asked Ruff to bring clothing he felt comfortable in, for which he selected a well-worn, but cherished, red jumper.

Scottish photographer Nikki Toole undertook a BA (Hons) degree in photography, film and television at University of Westminster, London and an MSc Computing, Napier University, Edinburgh. She has lectured in London, Edinburgh, Melbourne and the United States on the subjects of photography and cultural identities. Toole’s work is held in private and public collections including that of the National Portrait Gallery of Australia. She has frequently been included in the exhibitions of the National Photographic Portrait Prize, Australia, and her series Skater was exhibited in galleries in Australia and Berlin.