The National Portrait Gallery is delighted to introduce In Focus, a new, annual showcase for new work by an internationally-renowned photographer, exhibited as part of the Taylor Wessing Photographic Portrait Prize.

The inaugural In Focus artist is the award-winning South African photographer Pieter Hugo, chosen by the Gallery for his uncompromising, insightful, and occasionally provocative approach to portraiture.

Hugo is known for his documentary-style portrait photographs of marginalised communities in Africa, including honey gatherers in Ghana, boy scouts in Liberia and taxi washers in Durban. His most recognised work is The Hyena & Other Men (2007), a collection of striking portraits of the ‘Hyena Men’ who roam the streets of Nigeria’s cities accompanied by hyenas and baboons, performing for crowds and selling traditional medicine. Hugo’s most recent publication, Kin, is a collection of images from the past decade and focuses on his personal experience in his native South Africa – his family, the community, and himself.

Hugo has exhibited world-wide, published eight volumes of work, and won numerous international awards, including two prizes at Rencontres d’Arles in 2008 and the Seydou Keita Award at the Bamako Encounters African Photography Biennial in Mali in 2011. Hugo was also shortlisted for the Deutsche Börse Photography Prize in 2012. 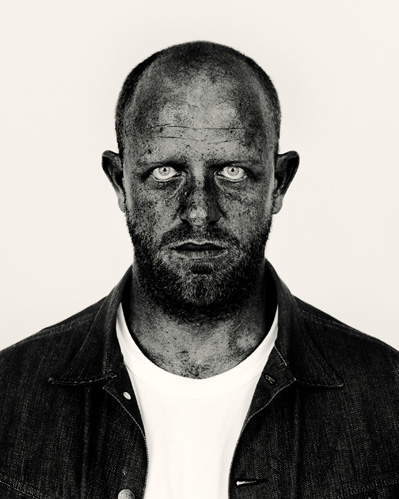 Pieter Hugo by Pieter Hugo, 2011. From the series 'There's a place in hell for me and my friends' © Pieter Hugo